Depression and Seniors: What to Look Out For 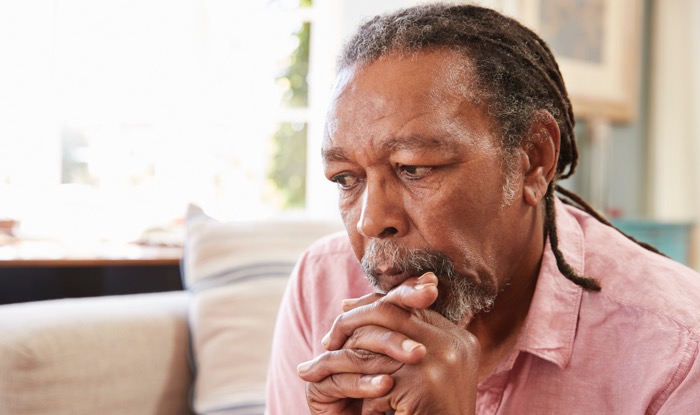 Mental health and depression have been in the spotlight ever since the recent suicide of Robin Williams that so tragically demonstrated no one is immune to the disorder. The National Alliance on Mental Illness (NAMI) reports that 6.5 million seniors suffer from depression, a condition that is particularly hard to diagnose among the aging population.
Untreated, depression can have serious health consequences. It can develop at any age, even as late in life as the 80s or 90s. Seniors are particularly vulnerable to developing depression and their condition often goes undiagnosed and untreated. Some of the reasons for this include:

Chronic illness, experienced at a higher rate by seniors, is a strong trigger of depression;
Depression increases the rate of illness and speeds the progression of cognitive decline;
Its symptoms in seniors can mirror those of many other elder illnesses and conditions including memory problems, confusion, loss of appetite and inability to sleep; and
Many people believe that depression is a normal part of aging and, therefore, do not seek treatment.
We’ve listed informational resources on how to identify and treat depression in seniors below:

You can also find out more by tuning in for a webinar hosted by the National Council on Aging, Suicide Prevention and Older Adults, taking place on Monday, September 29 at 1:00 p.m. EDT.

U.S. astronaut, senior and Veteran Buzz Aldrin tweeted this in response to the loss of Robin Williams – a heartfelt appeal to us all: 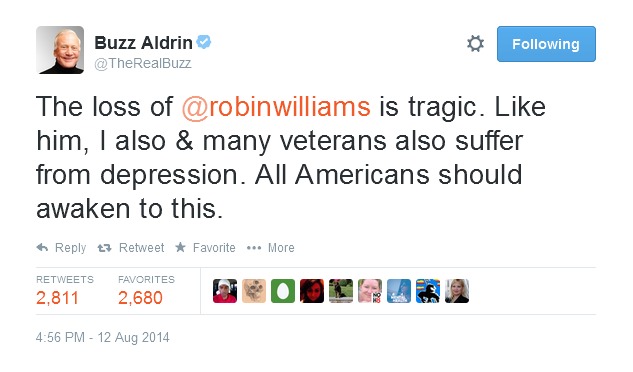